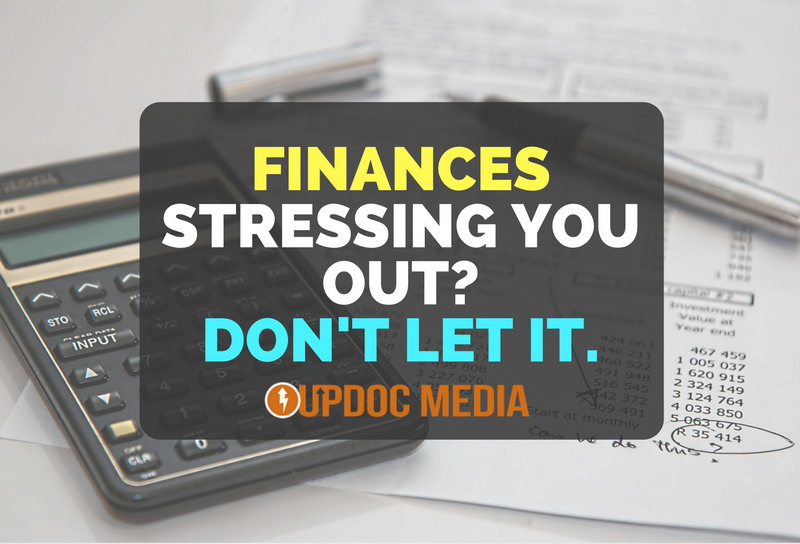 In many surveys, when asked what causes someone the most stress, the answer is money.  The best way to reduce money related stress is to make rational decisions, not emotional ones.  Does this seem harder than it sounds?

This article discusses a technique to accomplish making rational decisions and the technique can be used for anything financial, from student loans to investing.   The best part is PTs already implement this technique with patients.

PTs Do This On A Daily Basis

Think about a patient who has injured their shoulder.  In the beginning of their treatments they complain about the pain and what they’re not able to do because of that pain and you give them a set of exercises.  During and after the session concludes, you write your progress notes so you can continue to make a rational decision on their treatment plan the next time you see them.

At the next appointment, the patient comes in and says they feel better.  Session after session the patient continues to get better until they are ready to be discharged.  At the last appointment you give the patient a list of exercises and recommend they continue with their home exercise program (HEP) to decrease the risk of a reoccurrence of their pain and dysfunction.

However, two months go by and the same patient is back on your schedule with the same complaint as before.  You ask yourself, “What happened? Why is so-and-so back for the same thing?” But part of you knows the answer.

The patient had shoulder pain.  He was driven to PT the first time (and likely the second time) because of an emotion caused by pain.  As the patient progressed through physical therapy and the pain subsided, the emotion associated with the pain was no longer “real”.  After you discharged him to a HEP he had a choice: either continue doing the HEP which would have been the rational decision or do another activity in its place such as watching TV.  Since the pain was no longer “real” the rational choice was not made.  Instead another decision was made based on emotion.   This time the emotion was pleasure.  It’s a lot easier and pleasurable to sit and watch a TV show rather than do a physical activity to prevent a pain that no longer exists and may not possibly return.

So What Does This Have To Do With Money

Financial experts face the same dilemma as PTs.  We provide individuals with a student loan repayment or investment strategy but often times we see an individual who starts to follow the (treatment) plan then a few months or years later they stop.

For example, you may have a strategy to prepay your student loans and pay them off early.  However, that requires you make the required monthly payment plus a discretionary monthly payment.  A few months into the strategy you forget the rationale of this strategy because you have a new “emotional” pain.  The new “emotional” pain is the discretionary payment, let’s say it is $300 per month, and you won’t see the benefit of paying the extra amount for a couple of years.  But then you see an advertisement to lease a BMW for $300 a month and you decide to lease the vehicle for a “pleasurable emotion”.

You do not feel the pain of leasing the BMW until a few years later when you realize you could’ve had the student loan paid off.  Now, instead of having your loan paid off and some savings set aside, you still have your student loans, little to no savings, and a car lease payment.  The result is you keep yourself up at night trying to figure out what to do next with your finances.

The student loan strategy is just one example of how emotions lead to bad decisions when it comes to our money.  Most often we see this in finance when it comes to investments.  There is the age old saying of “buy low, sell high”.  That’s the rational plan to do with investments but most individuals do the exact opposite.  The reason is they are making decisions based on emotion not rationale.

If you would have left the money in the stock market it would be worth approximately $197k today.  If you would’ve kept adding to the investment over that same time period the overall value would’ve been even greater.

As a PT, You Can Reduce Your Stress

Imagine after you discharged the patient from our example above you were able to ping him every time he was deciding whether to do his HEP or watch TV.  When you pinged him, you rationalized with him, “according to my notes you had this amount of shoulder pain that prevented you from doing this.  Do you remember how that felt?  If you watch TV right now instead of doing you exercises for 15 minutes that pain is likely going to come back.”  If you had the ability to do this each and every time, the number of patients you saw coming back for the same problem would probably decrease.

The point is, as a PT you see every day how effective it is to take notes of what happened and the patient’s emotional account of why it happened and review them.  When it comes to your money, do the same thing.  Whether it is a student loan repayment strategy or saving for retirement, take notes on why you made the choice on that particular strategy including the emotions (“I want to retire early so I can travel with my wife”) that led to that specific choice.

Then, the next time you are going to make another financial decision, review your notes before making the decision.  By doing so, you will recall why you implemented the strategy and can make more rational decisions.  So in the above student loan example, before you lease the new  BMW for $300, review why you were putting the extra $300 towards your student loans in the first place.  Also, by taking notes you are now keeping a record of what works for you and what did not work.  Therefore, as you need to make new financial decisions, you will be better informed.  Thus, leading to more informed rational decisions. Joseph Reinke is the CEO and founder of Fitbux, Inc.  FitBUX is introducing innovative finance products and technology to the student lending industry with a specific focus on physical therapist.  Joe has been in the finance industry for over a decade and is one of the few CFA Charterholders in the world who has experience in both wealth management and business valuation (globally, there are only 120,000 CFA Charterholders).  He has hosted numerous live chats about student loans with SPTs across the country, presented at the California Student Conclave, appeared on podcasts, and written numerous financial blogs.

Here are some more resources from FitBUX: