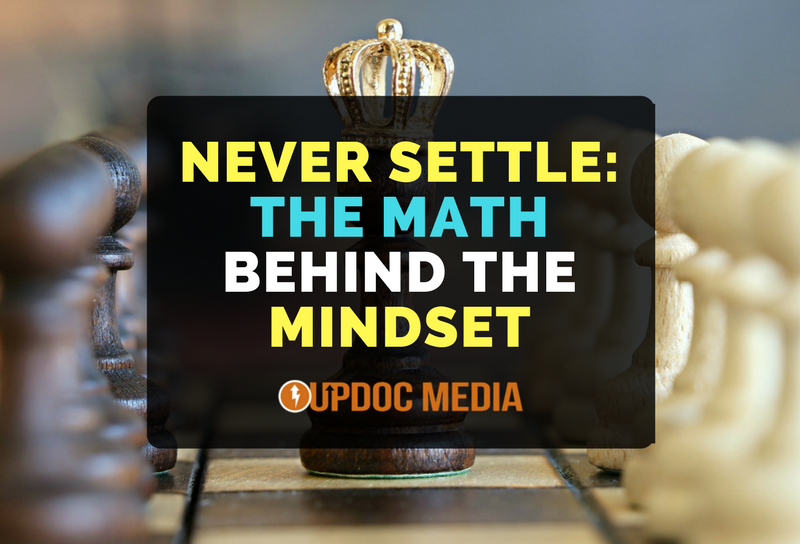 You’ve probably heard me say it before…

There are many reasons why I say this. But, for those of you who care about your bank statement, here’s yet another one that may reasonate — no spelling error there, ha ha! 😉

Perhaps the best place to start is this shattering Forbes article from 2014 titled: Employees Who Stay In Companies Longer Than Two Years Get Paid 50% Less.

Yup. Kind of alarming, to say the least. I actually discovered the truth of this in my own career path.

Many of you know that I, like many of my physio colleagues, got low balled out of school — surprise, surprise. I won’t go into a tirade about how bad that is for our profession; because, I already did that here 😉 … and, have since started a national movement in the Physical Therapy Job Market Pulse as well as the PT Payer Info Pool… we’ll leave that discussion there.

Back to the story: So… despite being low balled, I was able to breach the 6-figure salary ceiling in 3 years, I was promoted in 2 years, and even got my start in national speaking platforms and local news interviews in my 1st year as a new grad. HOWEVER, it wasn’t until I took my 2nd promotion and moved up a few clicks as a director that I discovered how badly I was low balled.

Yeahhhhhh… sitting on the other side of the management desk, I discovered that I was being paid less than my PTAs… and, what made me mad wasn’t that PTAs got paid more than new grads. What made me mad were the reasons new grads were bullied, taken advantage of, and low-balled to begin with (another topic for another time).

MOVING ON. The good part of the story starts here: When I took my 2nd promotion, I got a 20% raise and when I quit that job, I got another raise. It started to sound crazy, even for me. Quit and quit again… and, people want to pay me MORE? That is precisely when I realized the economic truth of the Forbes article mentioned above.

In a word, the truth is this: Change is Opportunity.

There is opportunity in starting strong (even if a new start is needed via a career reboot); move up and do so quickly, and start making good money is a reality of the millennial economy. Things don’t work the way they used to even 10 years ago. People are using multiple PRN jobs to create excellent income streams. People are managing their own benefits and retirement funds. People are jumping from job to job to job, multiple within years. Look at me, I took on 5 jobs within 3.5 years… and, every employer wanted to pay me more until I decided to give myself the ultimate promotion and joined in on the entrepreneur life.

So, enough of that… let’s get onto the math!

Perhaps the most convincing aspect behind the math of NEVER SETTLE is this: If you were to settle for $30/hour (Job A) now compared to $40/hour (Job B), you would…

Convincing? I think so!

On to the good stuff! Just in case you missed it… the calculator below is similar to the Know My Value PT Calculator. I know many of you enjoyed that calculator & thought to create something similar to when weighing the decisions of waiting out a better offer for a present offer… or, when simply comparing two offers.

Some Thoughts of Encouragement

If you’re a prospective employee, student, or career changer, NEVER SETTLE. Know your worth and hold strong to your value. Deny organizations that do not respect you and flock to companies that wish to empower you, pay you well, and elevate you within our profession as the coming generation of leaders.

I also can’t stress how important it is to view the job market like the housing market. You wouldn’t settle for a run down home and you shouldn’t settle for a run down job. Some of the most successful fits of the employer-employee relationship happen when considering multiple offers, multiple conversations, and genuine efforts to get to know each other and make things happen for the best of each other.

That said: If you’re a clinic director, in a hiring position, or a fellow practice owner… NEVER SETTLE.

For the last two or three years, our industry leaders have openly implored us to not take bad contracts, not make bad business decisions, not cower to referral sources. In a similar vein, don’t settle for a body with a license. Empower and enrich the talent you have. Attract top talent to be groomed for great things; for leadership, for clinical expertise, for developing new service lines, for attracting new direct to market customers… even for junior partnership! Never settling in a position of business decision making means you can cultivate human capital and knowledge capital versus face the dooming cyclical costs of turnover… which in the United States is typically around 30% of the 1.0FTE annual compensation of the given position you are trying to fill, again.

If you’re soul is just on FIRE now, I want to hear about it. Feel very welcome to share your thoughts directly with me via any medium of your choice!

Until next time, I remain yours in service,
-Ben The Future of Digital Media: Where Is It Going & What Can You Do About It?Negotiating Your Salary in 3 Steps
Loading Comments...