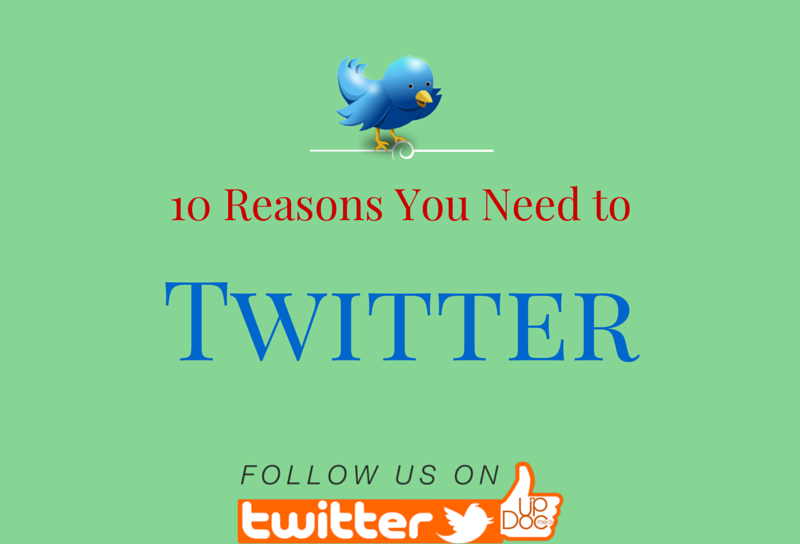 It’s no secret that I’m a big fan of Twitter. It fits my personality, my ADHD penchants, and the fact that I’m a minimalist at heart. Still, there are many logical reasons why everyone should be tweeting. Here are…! 1. Less is more. On many other social media outlets, it is easy to write too much, share too much, and things tend to become more than they were meant to be. Twitter’s 140 character limit is brilliant in that it forces us to say what we mean, mean way we say, and do it without wasting time.

2. Get a job! I’ve said this soooo many times. If you want to feel good, Facebook. If you want to get a job, TWITTER! I have personally seen so very many students land their first job because of the connections they made on Twitter, it is insane at this point NOT to be on Twitter — to at least begin a basic network of relationships as it pertains to your future profession.

3. Network like crazy. Which leads to reason number 3. Twitter is a space where random networking is both welcome and encouraged. Some of the best business opportunities I’ve come across have consistently come out of Twitter interactions. In fact, my joining UpDoc Media very much came from (near exclusively) through Twitter!

5. Be visible! Reason number 5 is a little bit of an extension of personal branding. Nevertheless, visibility and presence is typically the first order of developing social proof. When people ask about anything or anyone, some of the first things we all look for is a website and social media outlets. However, beyond some of the other social media outlets, Twitter itself is searchable internally as well as externally. And, as a bonus, it tends to come up big when people are checking out how legit you are 😉

6. Professional advocacy. Twitter is one of the fastest and most vocal outlets, particularly for legislative, political, and social advocacy. Any time there is any “big deal” issue, just about anyone and everyone who matters, wants a voice, or wishes to be heard takes it to Twitter. In no time flat, the issue is trending and getting the attention intended. Twitter remains one of the best outlets for professional advocacy; get on it and safe guard your future as well as the good of those you serve!

8. Trends! Keep in track, keep informed, and keep up… fast! According to this, and this… and this; Twitter breaks news faster than just about any other medium. Oh, and these articles are all two years old. One hint on how to keep up 😉

9. Access. Since most Twitter accounts are public, this gives you access to a litany of resources, both informational and relational, in modes, methods, and masses beyond your usual social network. You are free to connect with high profile, public figures as much as you are with your friends, family, and coworkers. This level of access was first reached en masse via Twitter and appears to be ready to continue existing with such purpose, particularly in conversational manners.

10. Get out of the bubble. Many other social networks tend to be quite in-group-focused. Facebook tends to be an outlet for people to continue connecting with people they know, would like to know, or are some how part of their professional circle — almost a hybrid of Linked In. The same goes for many of the rest of the other available social media outlets with varying degrees of openness to outside groups. However, the culture of Twitter is rather public, transparent, and welcome to the random Twitter stranger reaching out, saying ‘Hi,’ striking up a conversation, and even becoming a business partner down the line. You just never know.