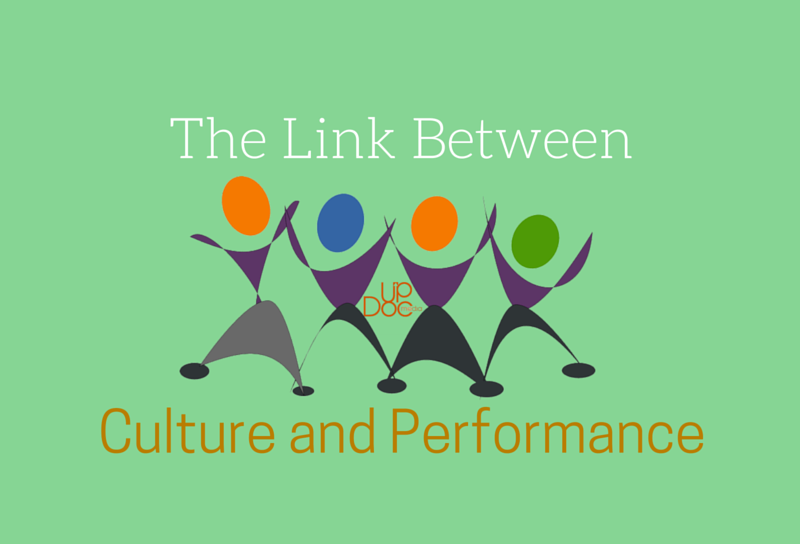 Change can be a difficult thing. However, it is absolutely essential for growth. Without change, there is no growth and without growth, there is only regression. Beyond this, there are many requirements for successful change be it a small organization, a crowd sourced team, or even a large multi-national corporation.

I hope you enjoy today’s case on…!

The Link Between Culture and Performance

In many organizations, the management structure resembles a waterfall. There are initiatives, commands, policies, and procedures which begin at the top and fall level upon level until the process reaches the customer or end-user. Waterfall processes tend be rather authoritarian and linear; therefore, it can be both difficult to manage in terms of workplace morale and it also tends to be rather time consuming.

Around 5 years ago, I was privilege to be a part of a team who was tasked by senior hospital managers to come up with a solution to a rapidly declining state of performance between cross functional teams. Employee engagement was quickly falling, patient safety metrics were of concern, and customer satisfaction was relatively poor for what the teams were accustom to.

To this, there was also a rather tense and adversarial culture between all the cross functional teams involved in direct patient care. The normal mix of differing goals in patient care, clinical outcomes and goals lead to a lot of disunity and finger pointing in a spiraling lapse of frequent miscommunication.

Having been involved in solving such problems in a care unit, I was drafted to become part of the solution think tank for a system wide concern. The process began with a gathering of hand picked representatives of all the cross functional teams. This super committee was ultimately blessed by the highest rungs of senior management to come up with whatever solutions were agreed upon to improve employee engagement, to make patient care safer, and to make the customer experience elevated.

Floor level operators were surveyed across the board for their perception of causative factors of team breakdown along with their thoughts on the solution for best practice. These concerns were brought back with the respective team representatives to the super committee who were then organized into sub-committees to address the three areas of concern: engagement, safety, and satisfaction.

Thus, began an agile process where three parallel teams were set off to tackle three dimensions of the same problem. Instead of flowing top down then bottom up in a linear fashion, the super committee was then empowered to work alongside each other in their respective scopes of task. They were also given autonomy with veto power reserved by senior management. However, senior management was not involved in the solution development nor implementation.

As the process unfolded, the sub-committee which I was a part of discovered one very lacking element. A culture of disunity. Due to the natural fact that various clinicians of various healthcare disciplines have both individual differences in patient care as well as professional discrepancies on the emphasis of patient care aspects, our team decided to focus on a culture of unity. Having so many cross functional teams aiming at different goals was identified as the cause of disunity. Our solution was to recommend to middle management to redefine disciplinary goals such that all the cross functional teams have the most simple yet centralized goals of patient care in common. Through this, the success of one team also meant the success of another, and so forth.

To curb finger pointing, backstabbing, and miscommunication, we developed a system of communication through both written and verbal patterns with common terminologies. We also piloted out a type of clinical empowerment program by which cross functional teams were encouraged to “tell each other how to do each other’s job.” While this may sound oxymoronic and dysfunctional, the aim of the pilot was a combination of accountability and mutual appreciation. Having each discipline being transparently familiar with customary practice patterns allowed for mutual understanding of clinical approach to patient care as well as the unique goals to each of the cross functional teams.

The result was impressive. All of the cross functional teams began to aggressively advocate across the disciplines. One discipline would go out of their way to facilitate the clinical success of their counterparts and visa versa. Moreover, it became the cultural trend that out of 5 teams, your job was to watch out for the other 4. Such was the attitude unanimously; no matter which team you belonged to, you have 4 other teams watching your back. And, you were watching out for the other 4.

The pilot took off and concluded with immense success. Since the recommendations were composed and implemented by the floor level staff, the end-user facing employees didn’t feel the change was some type of order or edict from high up. Instead, they felt that they were part of the solution from the very beginning, being involved in both the development and roll out of corporate change. Furthermore, the solutions drafted went beyond operational considerations. Rather, a cultural focus of cross functional unity and mutual concern were woven into solutions so that a culture of team excellence became the new normal. Rather than an over obsessive focus on the uniqueness of each team, the drive was the goals in common for the group at large.

At the end of the corporate change initiative, employee engagement was elevated by over 30% while patient safety as well as satisfaction was improved by 40%. There existed very little finger pointing and a truly team-centric approach to patient care was cultivated. Due to the excellent performance after the strategic change implementation, the super committee was given a corporate award for excellence a people and relations category.

By trusting the leading edge to excel through unified goals and transparency across the chain of command, an organization can grow into culture of excellence as its core, nature, and purpose.

If you think your company could benefit from such an analysis, please let us know! We are here to serve as accelerators of your success and our journey begins with a careful look at your situation, together. For more information, please visit Business Renovations.

Thank you for reading this post from October of 2015. UpDoc Media has since shifted from Business Renovations and now offers a Digital Media & Content Marketing service called POWERED By UpDoc Media. Woven into this service includes management consulting as well as business coaching.