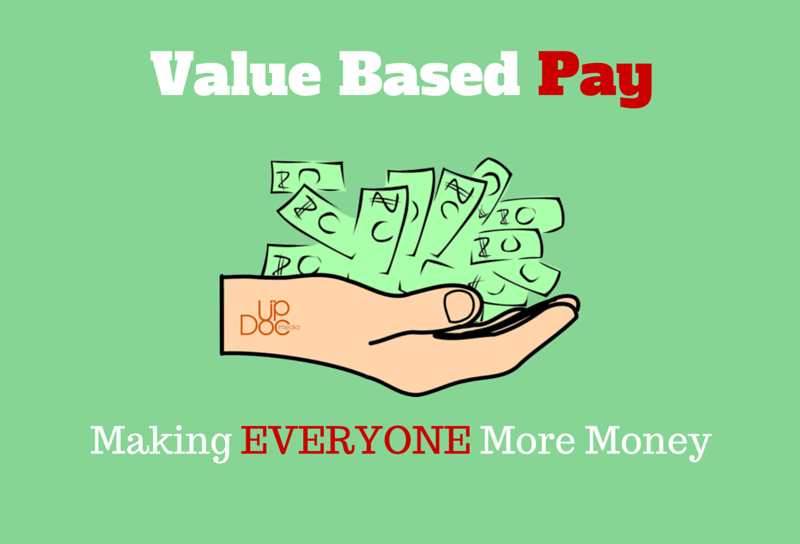 Things that sound too good to be true, usually are… right? Well… mostly. With all disruptive innovations, they originally sounded too good to be true; a portable TV, a cell phone + iPod + internet browser all-in-one-device, streaming movies vs. renting physical copies — all these sounded too good to be true at one point or another. That is, until they weren’t. That is, until they became the new norm. This post is all about how value based employee compensation can and will revolutionize the landscape of the job market in how people get paid, get paid fairly, and in so doing, makes businesses more money in the long run. Using the Physical Therapy (PT) industry as an example of a service based, labor utilized business framework, let us consider the following:

If NOTHING convinces you otherwise, let the numbers speak for themselves. Below are two graphs comparing value based pay versus yearly merit & hourly wages — mind you, these numbers are based on real life programs, out there today. What you should immediately notice is a positive slope in the value based employee compensation model. Financially, this business thrives because the better an employee performs, the more money the employee makes and the more money the employee makes for the company as well.

However, in the “traditional” model, notice that each and every one of them have a downward slope — indicating progressive and increasing loss of value in the long term. Even when we assume that senior staff members are 100% engaged, move just as fast as anyone, is as productive as anyone, and have not found their way to being comfortable in their seniority status… companies STILL lose money and only stand to lose more money in the long run.

Ultimately, only a value based employee compensation model makes money for both employees and employer alike. AND! Value based pay reduces the likelihood, and thus, cost of one very important thing that yearly merit models fail to consider… the long term consequences of losing talented people.

In the long term, by rewarding only company loyalty and meeting the minimum human resources as well as basic job description criteria for annual merit raises, businesses quickly alienate individuals who are driven, always go above and beyond, and simply put, don’t know how to stop being amazing employees. Sadly, being amazing employees is not commonly rewarded, measured, recognized, nor encouraged — too much excellence rocks the boat.

As such, when companies fail to integrate value based pay, three critical human resource consequences unfold.

Turnover. On the average, US companies experience 15% turnover annually. Moreover, it takes an average minimum of 30% of an annual salary to the position being replaced to properly acquire and train said replacement. While these short term costs seem tolerable at a glance, the acquisition, retainment, and replacement costs are actually daunting. For a company of 200 employees with an average pay in the median earnings of the US of ~$50k, this company will lose half a million dollars annually simply due to turnover. You can only imagine how much worse it is for companies who regularly disregard employees who disproportionately add more value to their companies. They go through far worse turnover, observable to the tune of 30-50% in mass exits every 3-5 years in addition to their average turnover rates.

Loss Of Talent. The cost of loss of talent is said to be immeasurable by some of our best business leaders to date. There is actually much current discussion on hiring “under-qualified” but very talented employees to build up a talent pool which can withstand the competitive demands in the marketplace of tomorrow. Companies who can attract and retain talent have been shown to do very well in the long run. The companies that behave as if employees are easily replaceable, those are the ones that suffer in the long run. In fact, there is a very large organization I’ve worked with in the past who is suffering in this stage — right now. Having lost much talent in the last 3 years (in one of those mass exits), they are experiencing not only accelerated turnover, they are suffering market share loss and issues with quality control as so very many of their core employees have finally become fed up with being under appreciated, year after year. This is a middle game concern. Companies that still don’t get it, feel like it’s just a season — a slump. They feel they will eventually pull through; after all, they’ve built their companies on momentum… surely that will get them by. They are big enough, aren’t they? Well… It doesn’t. And, it won’t.

Disruption. Dissonance, Disturbance, Disruption. This is how it usually happens. Companies that readily have their best talent leave for one reason or another, eventually gifts such talent (along with all the company secrets and tricks of the trade) to the creation of more successful competitors who at first, seem only to be a small off note… a dissonance in their marketplace melody. Then, the dissonance grows into a disturbance. The upstart new company with all of the old employees, are gunning for marketplace dominance with passion and a chip on their shoulder. Pretty soon, since the original company lacks the talent, and therefore, capabilities to compete… eventually, they die a slow death or get bought out. Need examples? Just look at Blockbuster and Circuit City. Each giants during their time; both which have bitten the dust.

The case for value based employee compensation is a strong one. Companies who have already adopted this model are benefiting immensely in terms of their financial returns as well as growth & sustainability. Such a model is extremely attractive for millennials as well as gen-xer’s. And, why not? Employees getting paid for how well they do versus how long they’ve been around seems like a logical thing. Moreover, as they represent greater than 70% of the workforce going into 2020, companies who are adopting value base pay and/or transitional programs are capturing all the best and most talented of human resource pools — giving them an overwhelming competitive edge as we approach the next decade.

After all, business is a long term battle, not a short term skirmish.

For companies that have yet to fully entertain this model, they are already behind the times and have a lot of catching up to do. Sadly this represents a vast majority of businesses out there. The overwhelming sentiment for such corporate cultures is that someone will always be willing to do it for cheaper. Well, not only does that hurt everyone in the long run… there’s also this: 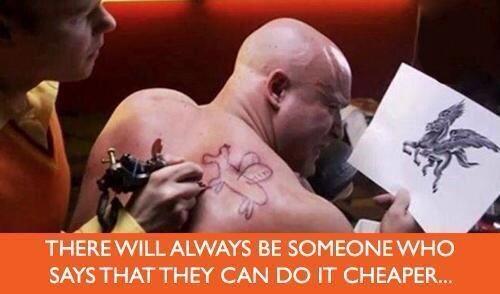 Please rest assured, neither consumers nor candidates are being fooled. It is only a matter of time before prospective candidates and undervalued incumbent employees participate in a mass exit and market shift towards disruptive models that not only bring value, but also appreciate and value the entire ecosystem — providers, patients, payers, together as interdependent resources who benefit best when all parties benefit.

Noted: There is an argument that experience should count for something as should loyalty. I completely agree. There is NOTHING wrong with experience, particularly when experience demonstrates superior outcomes. There is also nothing wrong with loyalty — I think it is become unpopular in a human resource standpoint (especially with millennials) because companies don’t make their employees feel valued. As such, they leave. If we must reward experience and loyalty, my recommendation is to reward them in kind.

If you’re going to pay someone for sticking around, pay them in the same coin.

Give senior staff members fringe benefits, better schedules, better retirement matching, better opportunities for upward mobility, etc. Just don’t keep paying them increasing amounts of cold, hard cash for value they simply aren’t bringing to the table. That is unfair to all and ultimately destroys economic ecosystems with such an erroneous parody.

If you’re interested in transitioning to value based pay, we are very glad to help. You can easily contact us here via our email contact form.

Why Low Balling Salaries Is Hurting EVERYONE: An Open Letter To EmployersFixing The Job Market With Value Based Pay