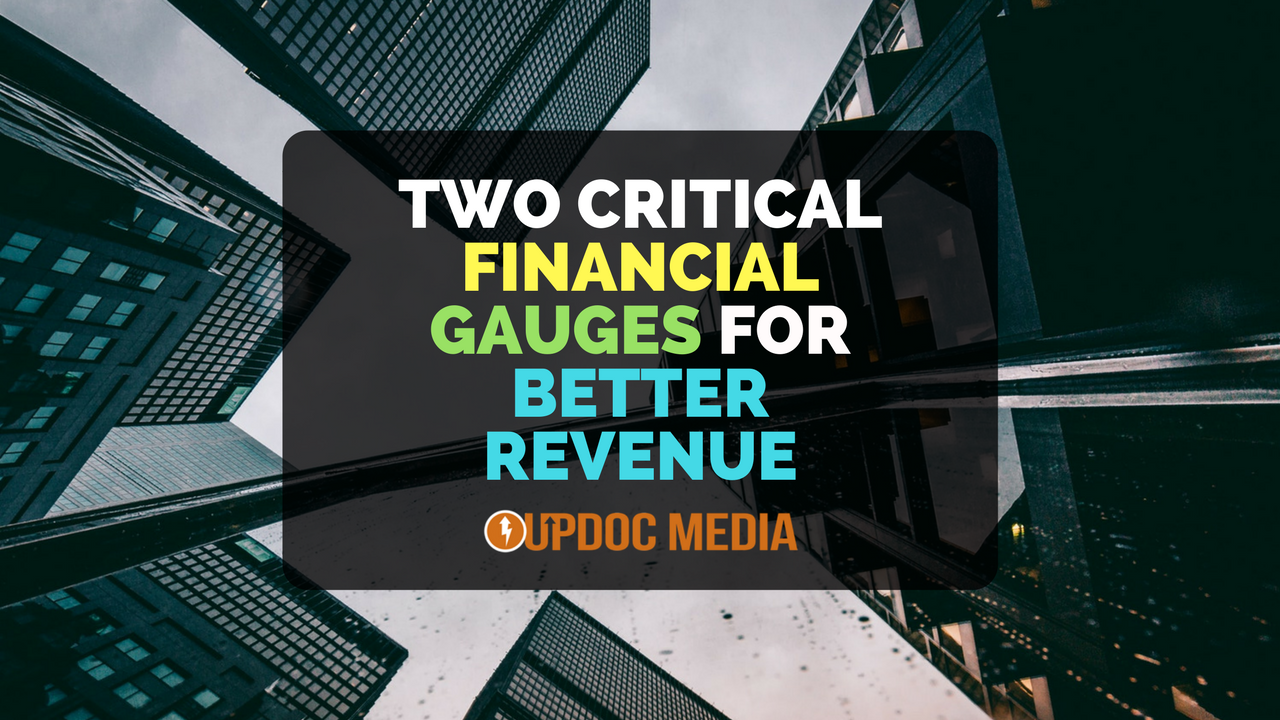 Numbers. It gets kind of a bad rap. “The numbers” is thrown around as if they are the bad guys and anyone who manages them are on the Dark Side. Nevertheless, business, employment, and the healthcare economy at large is based on the behaviors, numbers, and relationships which drive the intricate dynamics.

That said, most would agree that keeping a strategic mindfulness on the numbers can have wonderful benefits for a clinic’s financial health, for both the short term and the long term. So, without further ado…. here are!

How much are you actually collecting from what you are billing? While this may be considered front-facing and even basic in business, you’d be surprised how many clinics do not actually track this on a regular basis.

Roughly translated, the Collections Ratio also can be interpreted as how many days it takes for you to get your money. In business school, I learned this as the “thug factor” or “thug ratio.” To further dive in, you can confirm this with your aging schedule; again each revenue activity and see what the average time per dollar is, for your company to finally collect what you bill for.

The reason this is so important is because of the time value of money as well as cash flow. Many clinic owners, directors, and managers find themselves periodically scratching their heads as to why there’s no cash in the bank. They have had great volume, their billing practices are up to snuff, but something is amiss. It’s one thing to simply check the aging schedule; however, its an entirely different ball game when you start picking apart each revenue activity by its respective Collections Ratio. This, is the beginning to unveiling where financial hidden opportunities lie as well as where you may be losing money, and not even know it.

How much money are you making, from what you’re spending, simply to be operational? This is the biggest area of opportunity capture and loss, for nearly every business model and industry out there.

The beauty of gauging Operational Margins is that it takes into account both the dynamic overhead of operational finances such as labor, utilities, and rent; meanwhile, it isolates some of the business expenses that could otherwise be best categorized as depreciation or even sunk costs.

Back in my corporate days, I got “put on the (regional) map,” because I was able to take a sinking program and turn it into the most profitable business unit in the area, despite having the highest operating costs & most complex operational schema for the entire region. How did I do this? It started with analyzing Operational Margins which leads into that ONE Analysis that leads to better profits… the final blog post of this series. The fact that I changed this business unit from financial failing to over 20% profitability ABOVE budget standards; this had recruiters and divisional directors from competing companies head hunt me. #WordGotAround

Everyone one of them asked: “How did you do it?! Did you just run reports? Did you have a hunch? Was it productivity? Was it billing effectively? WHAT WAS IT?!” I told them I ran my own analysis — and, quite honestly, wasn’t privy to tell them much more. (LOL!)

In any case, those days are far behind me and I can share with you that this was the beginning of that radical change in revenue generation. It’s nothing that usual and customary reports will ever reveal. This was MBA level stuff that I learned and applied; and, it started with meticulously analyzing every single revenue driving activity in my operational supply chain and measuring it against the direct and interlinked costs of each.

From just going this far, you’ll likely unveil all sorts of revenue activities to help generate more revenue than your company has ever realized. You’ll probably also reveal a bunch of high volume generators that are making less than you’d think. Either way, this is the first step and will then lead to our final blog post of this Summer 5-4-3-2-1 business series.