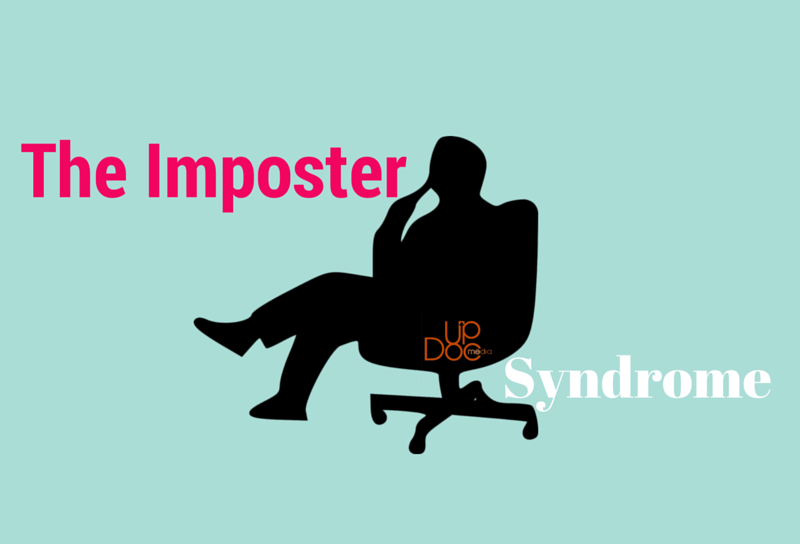 For anyone whom has been in business or startup world knows of the term or the feeling of imposter syndrome. The feeling where you all the praise and positive comments don’t resonate, where you feel that you have everyone fooled, where you feel that you have not accomplished anything. Its an incredibly common phenomenon, however not very often discussed. This is where Cinema comes in. After a recent interview he became a lot more aware of the feeling because it was put into a term for him. Ill let him explain. Here’s Cinema:

I suffered (and to a certain extent still suffer) from imposter syndrome.  It is defined as: a term coined in the 1970’s by psychologists and researchers to informally describe people who are unable to internalize their accomplishments. (from Wikipedia)  After listening to hundreds of podcasts with celebrities and other accomplished folks I am realizing that so many people feel this way.  Now I use this feeling as a way to push myself forward, whereas in the past I think it absolutely held me back.  So if anyone is feeling this (which I think is pretty normal) use it as a means to push yourself forward and break through those uncomfortable times in your business…not hold you back out of fear!  Then when you do accomplish something in your business be sure to celebrate it…even if you are celebrating it by yourself!!

When I first read the above passage from my Interview with Karen Litzy, PT, DPT, I was surprised by her openness. I went on to soak in the rest of her fantastic interview. Later that day, I re-read the interview and became even more struck by that same passage. I was surprised anyone would have a tough time celebrating their own accomplishments!

Then, I ran across it for a third time a couple days later. The phrase “unable to internalize their accomplishments” hit me like an ocean wave. A slow and rising tide washed me onto the chair’s back. A transient, but strong, feeling of familiarity – could that be me?? It is me.

My mind scanned through the past like a kaleidoscopic rolodex. Is that why I have a hard time accepting compliments? Was this the fertile soil in which my self-deprecating sarcasm grew root? Is this why I didn’t feel the need to celebrate finishing high school? College? Graduate School? Did I celebrate after attaining specialty certifications in PT? Achieving some of my dreams – riding a motorcycle across the country…off-road? Nope. Nothing.

Let’s say I’ve arrived at The Promised Land. Then what? There’s an underlying fear of having “arrived” that’s difficult to explain, but I’ll try. A feeling of complacency. Slack. What else is there to do now that I’ve “arrived”? This isn’t like when Isaiah (Zeke!) Thomas, after having willed the Detroit Pistons to win the NBA Championship in 1989, had to defend Detroit’s title in 1990. I’ve got nothing to defend. My goals are accomplished. I’ve “arrived”. Damn, that feels empty. It’s like somebody stole my future from me, and that somebody is me.

Now you know why any and all variations of the common advice, “celebrate your accomplishments”, don’t work. You may think you’ve convinced me to come out for drinks with everyone, but the truth is I’m not celebrating anything… internally.

Do NOT mistake this with depression; it isn’t. It’s almost escapist. Maybe it is escapist.

“I’ll have a Gin & Tonic with a dash of Escapism, please.”

“Celebrate?! There’s no time for a blowout hullabaloo. I’ve got more to do. It ain’t over yet.”

“Celebrate your accomplishments?! Don’t be a fucking Diva.”

That’s my internal dialogue speaking. It’s that last line that bothers the hell out of me. Not because that’s some variation of what I actually think, but because now it’s affecting others, unintentionally. This shit is getting contagious, and I’m patient zero. The problem is The Impostor Syndrome affects more than just you, it affects people around you in sometimes subtle, and sometimes not-so-subtle, ways.

Maybe it’s true. Maybe I am a composite of my 5 closest friends over the last 10 years. All of them downplayed their accomplishments. Then again, maybe that was a feature that drew me to them…subconsciously. A decade later, and I still admire all of them.

We care very much about the ones closest to us, so we feign celebration. And, it goes on.

“Another Gin & Tonic, please. This time with a double-shot of Escapism. Thanks.”

This feels almost unnecessary, but maybe you’ll find it useful, and give it meaning and purpose.