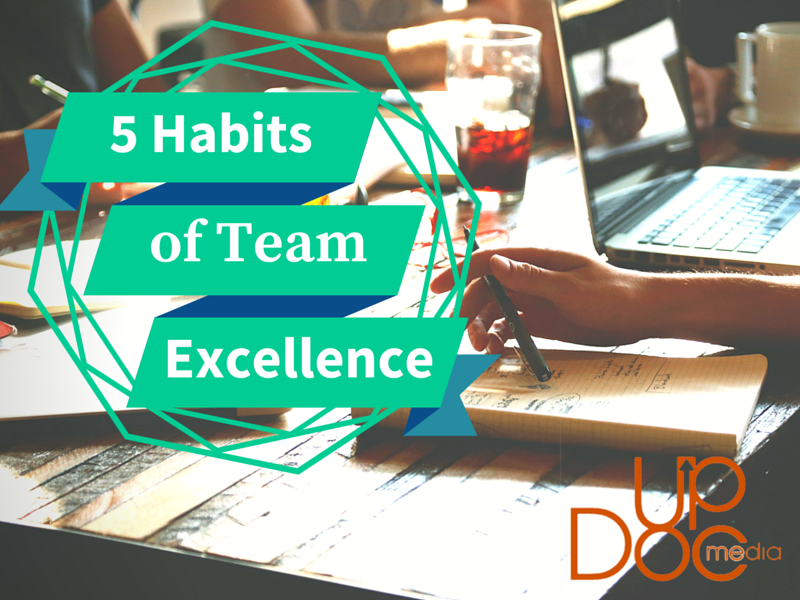 So, I was thinking back on some of my favorite (and least favorite) team experiences and came across the realization that strong teams ubiquitously hold five habits which ultimately lead to success. These days, no matter the industry, setting, situation, or scenario, team excellence reigns supreme. If your team is strong, then you are strong. So, without further ado… 1. I’ll pay for that. I can’t tell you how many times I’ve been frustrated in a team setting or cross-functional situation where the first question is always: “So, who is going to pay for that?” It’s absolutely awful! And, what is worse, this is usually a crippling place for any team to start. Certainly, cost is a concern of reality. We all want to minimize expense. What we need to remember is that a situation which brings the highest level of benefit for the team as as whole AND all the units which comprise the team ALWAYS leads to the best overall result. Some of the best teams I’ve ever worked with (and for) come with the overwhelmingly positive attitude that they will be happy to foot the bill. Not only does it get this early stumbling block out of the way, it cultivates a culture over time where an organization’s team dynamics become increasingly willing and generous to absorb costs so that the team can move on to more important goals at hand. 2. We can do it. A can do attitude is always appreciated. However, the can do attitude goes beyond a positive and constructive outlook. It is the stereotypical opposite to, “Well… that’s not our job!” No. Can do includes a personality of one who is willing to contribute, willing to volunteer, and willing to go the extra mile. When the murmur circulates the room as to whose responsibility some new project is supposed to be, “can do” steps up to the plate and knocks it out of the ball park. What is more, this habit of consistently being willing and able to do the job at hand serves as positive peer pressure for all the units of the team. As one unit continually gives no complaint to doing extra, they will eventually become widely recognized by both peer and leadership as a team of true excellence. This becomes infectious and other units of the team will catch on quick and play the can-do-game. 3. How can I help? Just as the habit of being willing to do any given job is important to team excellence, being willing to approach other units of the team and offer assistance is just as important. The polar opposite to this is, “Let them worry about that.” Regular team rounding is a strong habit which creates a culture of genuine care for the units of the team and the team as a whole. Offering to help strengthens every team unit involved; both the one offering to help and the one who needs it. The one offering to help will gather new skill sets and new perspectives of the big picture by stepping into another’s shoe. The one requiring a little pick-me-up will get it. And, you can be sure the favor is likely to be returned. 4. We need to give them credit. Credit where credit is due is only fair. These days, we are absolutely obsessed with getting the credit. Being inclusive about credit is almost counter-cultural in certain effects. Yet, the strongest teams out there are more than willing to share the credit. In fact, they hold this attitude of habitually making sure that all parties involved are transparently given equitable credit for their contribution. Their most sincere worry is that someone who deserves recognition and reward is accidentally left out. This habit of openly praising others forges an environment where all parties are free to focus on the goal, rather than what happens when we get there. 5. We can both be right. What?! No…… They, are just wrong. How often have we heard that? Behind closed doors, and sometimes open ones, team units blame each other for not reaching dashboard metrics, sales goals, ROI, etc. Whatever the case, if one party is right, then someone else needs to be wrong. This is a terrible approach to team excellence. Instead, develop the habit of realizing that in a complex team environment, both parties can be right. Just because one unit is correct does not mean another is incorrect. Team units are typically responsible for various perspectives and facets of a job. A door being properly installed doesn’t mean a wall wasn’t correctly raised. Being “right” isn’t a function of exclusivity. Rather, the best team habit to adopt here is that being right is inclusive. This attitude turned habit makes for a team dynamic which ceases to be destructively competitive. This habit makes a team truly excellent at supporting each other.